Case study: how we implemented business process software for Agrocom

In a highly competitive environment, efficient business process management is crucial. Even small glitches in the workflow may lead to huge losses, that is why having a powerful BPM/CRM system becomes urgent. It helps get the best out of company resources and optimize business activity.

With this in mind, we started working on a project for Agrocom. A client asked us to digitize business processes. At that time, all their document flow was in paper form, which caused a lot of trouble.

Based on the client’s requirements, we built an enterprise app that streamlined the workflow. Trace our journey of software development from the problem statement to project delivery

Agrocom is a middle-sized agricultural enterprise that cultivates large tracts of land. It provides a significant volume of farm products of mass demand and consumption.

The total staff number is over 25 employees, the land under cultivation – 1000 ha, the number of vehicles and pieces of equipment – 20.

When they reached out to us, all their accounting was on paper. Some records they maintained included an accounting of:

Such a way of managing finances was extremely outdated, so we were given the task to automate the farming process fully. Here are the systems that we were tasked to digitize:

With the consent of the client, we decided to build desktop and mobile app versions. The first would serve the company employees and the second – the business owner.

We started by studying the business process documentation. Afterward, we simulated the current workflow of the company in the business process diagram. Here, we depicted the daily operations that directly mirror the production process. In particular, we showed works performed by combiner, harvester, and truck driver.

We appointed a team of six persons:

At the development stage, we did the following:

On the client-side, the economist participated in the discussion and smart farming development. All the meetings were held online, on average, three times a week. The development process went smoothly. The client changed the requirements once after trying the app in production. We made changes quickly.

The predefined time for implementation was 2000 hours. We delivered the project in time.

The client was often losing Internet connection due to thunderstorms in the fields and cable breaks. In this regard, it was necessary to make an app that can work entirely in offline mode.

We made it by implementing a mechanism that stores the data locally on the computer. When the Internet appears, the app runs synchronization. To accomplish this task, we used the Electron framework. It supports HTML, CSS, and JavaScript to turn React website into a desktop app for Windows. The synchronization was implemented with the help of Rest API.

As a result, we have entirely digitized agricultural BPM. The project was completed within three months. During this period, we developed two applications: 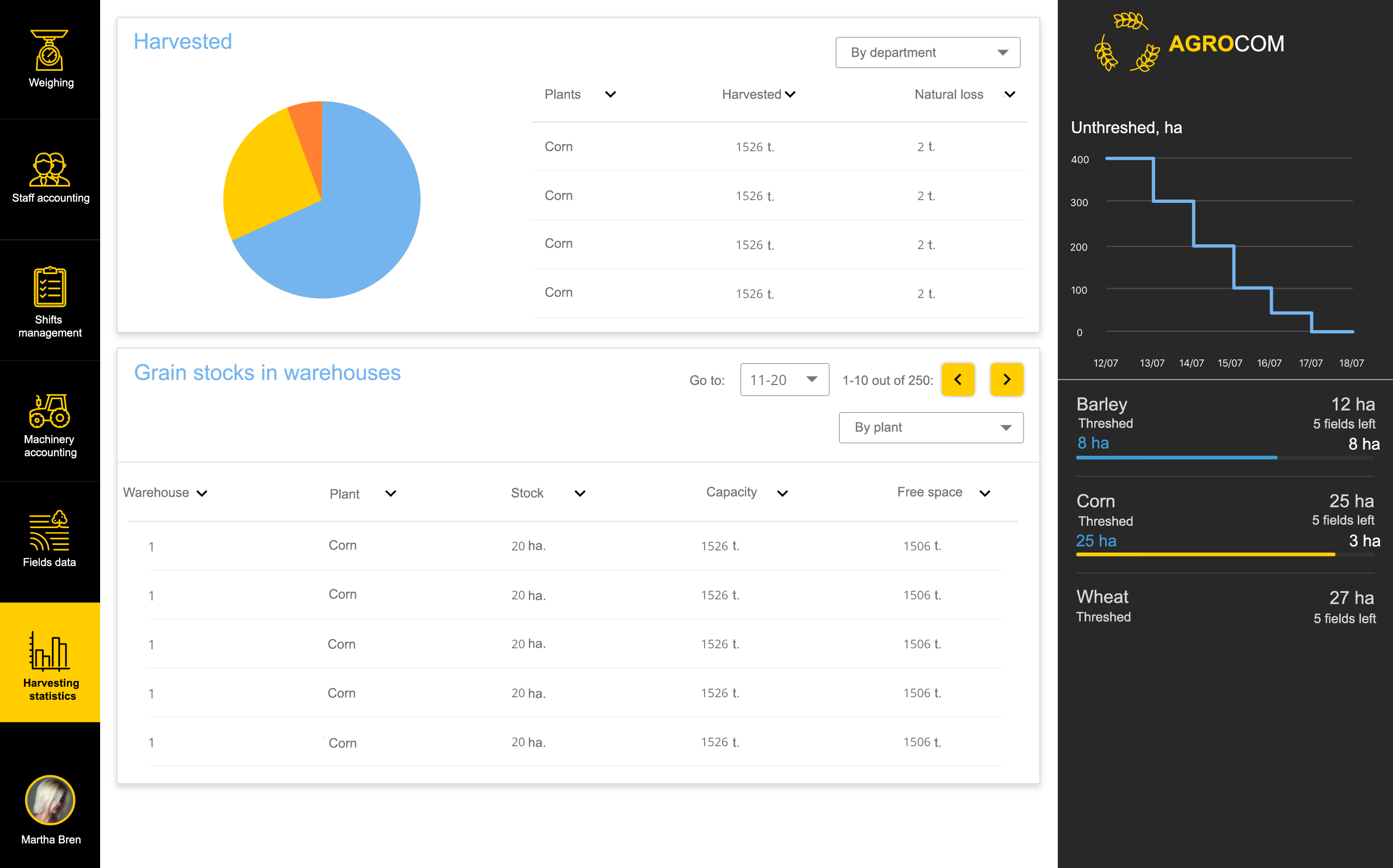 The harvest statistics screen of the desktop app for Agrocom 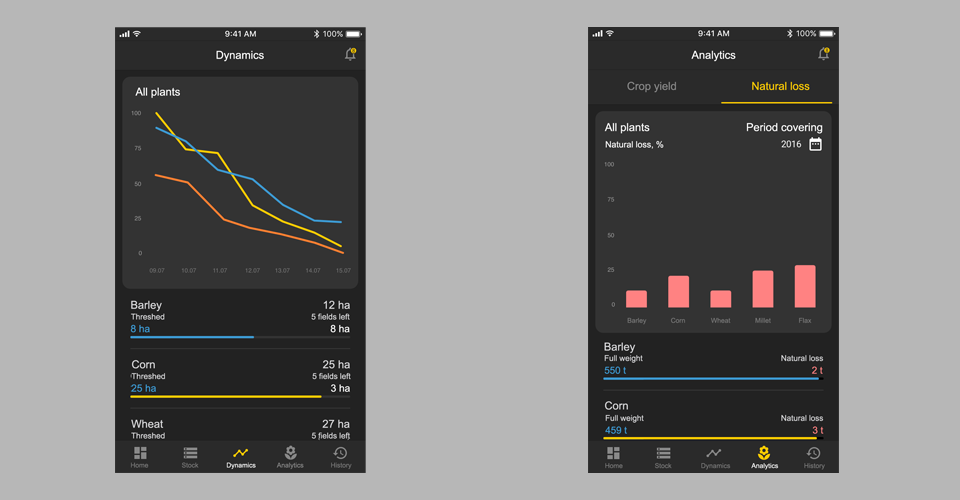 The analytics and dynamics screens of the mobile app for Agrocom

The desktop app covers all the document flow in planting and harvesting, helps doing accounting, and generates reports. The system eliminates the need for manual paperwork and increases the KPI of the economic and technical departments.

The mobile app allows staying up to date about the company business. The owner can receive reports, track financial metrics, and keep in touch with the managers 24/7.

How to Set Up a Team With an Outsourcing Company